Resigned Priest Ed Flahavan: I Have Heard the Arguments for the Marriage Amendment and I Find Them Wanting, Prejudicial and Destructive 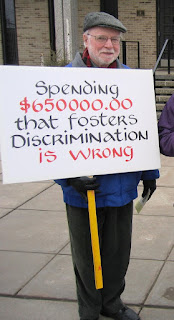 NOTE: Ed Flahavan of Resigned Priests for Marriage Equality delivered the following remarks at a media conference in Minneapolis on May 17, 2012. The group, representing 80 former priests, has issued a statement opposing the proposed "marriage amendment" to the Minnesota constitution.

Good morning. My name is Ed Flahavan and I live in St. Paul with my wife of seven years.

I was a priest of the Archdiocese for 48 years. For too many of those years I would have to characterize myself as homophobic. The very thought of gay sex, much less state-sanctioned same-sex civil marriage was disgusting and highly abhorrent to me.

But I grew up in a Catholic home that found racial prejudice repugnant and antithetical to the Christian Gospel. And so in the 1960's I naturally became active in the civil rights movement. I was assigned Associate Pastor of St. Peter Claver Church in St. Paul, a predominately African-American parish. Working as a priest there was a wonderful growth experience for me. I got to know personally many people who taught me the importance of breaking down prejudicial barriers of exclusion.

But I must say I was still homophobic.

A number of things changed that:

• I came to know personally very fine African American gay and lesbian people who were comfortable being who they were, and happy in their orientation.

• I was assigned Executive Director of the Archdiocese's Office of Urban Affairs with a mandate to help the church become an agent of social change, particularly in matters affecting race, poverty and social welfare.

• I was subsequently assigned as pastor to St. Stephen's parish in Minneapolis, then fast becoming a welcoming home to gay and lesbian Catholics who desired nothing more than a Catholic community that would embrace them without judgment or condemnation.

• A wonderful thirty year old gay nephew of mine died of AIDS in the arms of his mother and former Marine Corps father, and I presided at his funeral liturgy.

• I was appointed to the Governor Perpich's Task Force on Gay and Lesbian Minnesotans and travelled the state taking testimony from civic leaders (“there is no problem here”) and closeted people (“I have to stay hidden if I am to continue living in this community”). We heard horror stories that shamed me for my now quickly evaporating homophobia.

• In short, I got to know gay, lesbian, bi-sexual and transgendered people, good people, same-sex couples partnered for years raising children of their own or adopted, seeking only public acceptance and the civil rights married couples enjoy.

I was outraged that the Archdiocese spent $650,000 in 2011 to promote this divisive initiative when its own Catholic Charities, CommonBond Communities and inner city schools and parish initiatives are being forced to curtail their good and necessary work.

The net affect of all these experiences has turned me around. I have heard and weighed the arguments for voting to adopt the Marriage Amendment, and I find them wanting. And prejudicial. And destructive of our social fabric.

For the life of me, I cannot see how same-sex marriage is in any way a threat to my happy marriage. I strongly urge a "No" vote on the Marriage Amendment this fall.

See also the previous Sensus Fidelium posts:
"This is the Living Word"
Catholics Sing Their Support for Marriage Equality
Archbishop Just One of Many Catholic Voices in Gay Marriage Debate

In the Catholic tradition the bishops collectively comprise one of the church’s three sources (or magisteria) of truth. The teachings the bishops articulate, however, must be informed by and in constant dialogue with the church’s other two sources of truth, namely the insights of Catholic theologians and the wisdom of the Catholic people (the sensus fidelium).

For more about the Catholic understanding of sensus fidelium, click here. 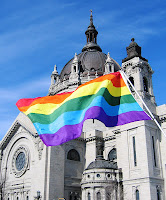 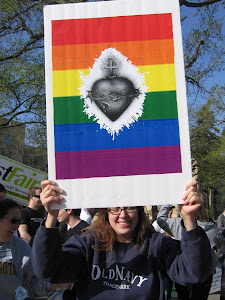 Recommended Reading from Around the Web 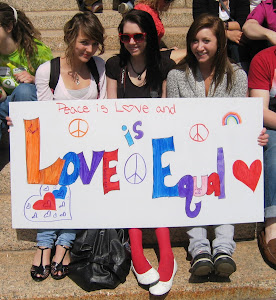 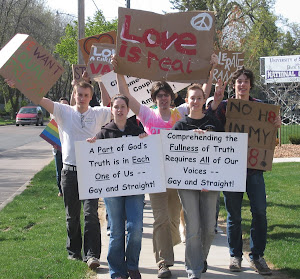 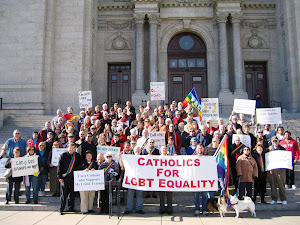 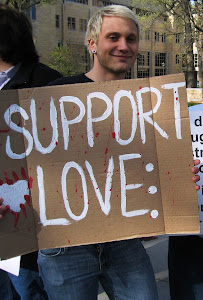